Douglas Jimerson, tenor, is a recording artist with the AmeriMusic label, which distributes Jimerson’s music through stores and online services and www.americansongs.com. Mr. Jimerson began his professional performing career with The Washington Opera. He made his concert stage debut at Carnegie Hall in 1996. He has advanced degrees in opera and musicology. Douglas Jimerson performs as a tenor soloist and as the lead singer of the Civil War Comrades, which include Douglas Jimerson, Bob Clayton and Ellen Anderson, regularly perform 18th and 19th century American music for the National Park Service and national historic sites. Their last CD release was entitled “Lincoln Portrait,” to commemorate the 200th birthday of Abraham Lincoln. The Civil War Comrades have a broad background in 19th century popular, folk and minstrel stage songs and a passion for presenting them in an historically appropriate style. The instrumentation of the band includes three-part vocals, guitar, banjo, mandolin, dulcimer, fiddle, harmonica, and tambourine. The ensemble performs as a duo, trio or quartet. Mr. Jimerson also performs as a period music soloist accompanying his vocals with guitar. 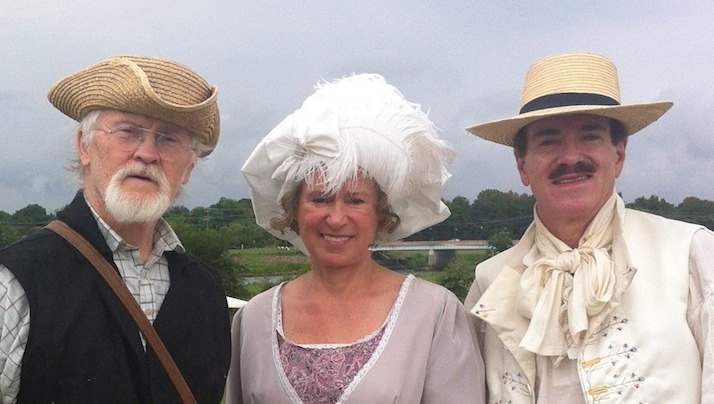